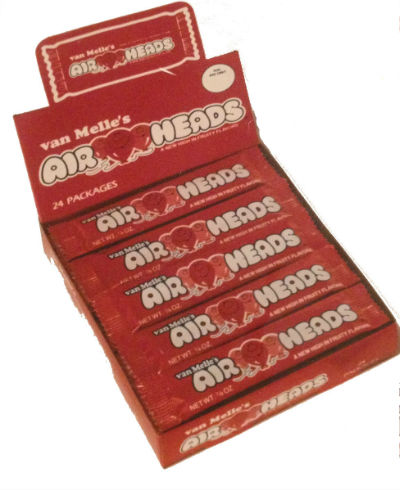 ~ As told by Steve Bruner, inventor of Airheads

That was the day that I submitted my plans for the development of the product known as “AIRHEADS”. I was responsible for the Graphic Design, Name, and Intellectual property known as “Airheads” for the company, at the time, known as Van Melle Incorporated located in Erlanger Kentucky.  It has gone on to be one of the largest non-chocolate confectionary items in North America. Unfortunately, I never benefited monetarily as I signed an agreement when I joined Van Melle in 1984 as the Director of Marketing that anything I developed while working at the company was owned by them.

The story is a fantastic turn of events.

Our main item was Mentos and the owners of Van Melle Headquartered in Breda Holland wanted us to expand our product portfolio.  The birth of Airheads was preceded by these events. Van Melle had a product that they were working on in Germany. It was a soft flat fruit chew placed in between two pieces of rice paper.  They thought it had some real points of difference and they offered it to Lipton Tea as a new product possibility.  Lipton Tea liked it and agreed to terms calling it the fruit and wafer bar.  So we set up a satellite production facility in Edgewood Kentucky in our warehouse. At the same time Lipton was also developing Fruit Wrinkles.  After sometime we had refined the fruit and wafer bars to the point that we were ready to go into limited production. Lipton wanted to test the product against Fruit Wrinkles to see which would be more accepted by the public.  The product winner of the testing would get a national launch and Lipton’s marketing muscle behind it.

So they had Van Melle produce about 10,000 cases for limited sales and focus group testing.

After the dust settled, Lipton Tea informed us that The Fruit Wrinkles was preferred over the Fruit and Wafer Bars.  The rice paper seemed to be a turn off.

Now we had this machinery in the warehouse and what could we do with it. So, I asked the R&D folks to leave the rice paper off and bring the fruit center to a meeting so we could weigh our options.  The production people brought in a blob on a plate and said this is what we have.  They said they could extrude it in the form of a flat bar.  The issue they had was that it was very sticky. We had to find a wrapper that the product would not adhere to.  Fortunately, after much testing, we found a Mylar wrapper that worked perfectly.

Then it was a question of flavor.

So with our Food Technologist Kim Meader and her mixer, we took a crew down to Memphis Tennessee and set up a sampling table at Wayne’s Cash and Carry.  What made Wayne’s so special was the fact that customers came there and bought bags of 240 count candy for their own home use. Whatever the per capital sugar consumption rate was in the US at the time, the consumers at Wayne’s ate a lot of candy.  Kim mixed the flavors and after two days we hit the flavor panel we wanted.

I was taught at M&M/Mars that a name takes a little over a generation to become part of confectionary landscape, unless you use a phrase or name that everyone has heard before. So I went to my sons and asked the question.  What would you call your friend who did something silly?  They came up with all kinds of monikers, but the most intriguing was Airhead.  So I set up focus groups first to see what they thought of the name itself it rated very high with children nine through fifteen.

Then I took out my doodle pad and drew the name on a sheet with a balloon face.

Our advertising agency Whitaker and Associates of Cincinnati Ohio took it from there. They refined my drawings and did pantone boards for further focus group testing for packaging colors. The size of the first bar was 7/8 oz.  Today the size is down to .55 oz. However the product integrity is still there.

When we launched it we started with just one item in a 24-count box. It was a bright deep red wrapper.  We did not call it Cherry or Strawberry just simply Airheads. We wanted the consumer to decide if they liked the red flavor. I had learned years earlier that the east coast preferred strawberry and the center of the country wanted cherry.  I agree there is a difference, however, kids see red and grab it.  We later changed and went to other flavors as it made sense for line extensions.  On wrapper, I used play on words, a new high in fruity flavors. Coming out of the hippie generation the words high could be used in many different ways. I thought it was apropos of a balloon graphic and it worked.

Pricing was a real sales driver for Airheads. We began with just one flavor that was supposed to sell for 10 cents. The distributors and brokers noticed it was a very large piece of candy having a 10-cent SRP. This helped as many of them introduced it as a 25-cent item instead with a very large profit margin for retailers.  Actually, during the initial presentations many accounts turned it down.  We had to put it in several distribution houses with the promise to pick it up if it did not sell.

Ultimately, the young consumers knew a lot more then many of the buyers.  We aggressively gained distribution in New York and Los Angelis and word of mouth spread.  We started getting fan mail and we knew things were headed in the right direction.  The 10 case orders became 25 and then 50 and then 100 cases from the same customer.  Today they sell truckloads and many millions of dollars expanding the product line into all types of items.  Proudly my balloon face and Airhead graphic is still used today.

jump
Sour and sweet, perfect for any treat! Add some rainbow radiance to cupcakes, cakes and more!

Details:
Note: Contains wheat and soy. Manufactured in a facility that processes peanut, tree nuts, milk, egg and soy products.
Sour and sweet, perfect for any treat! Add some rainbow radiance to cupcakes, cakes and more! 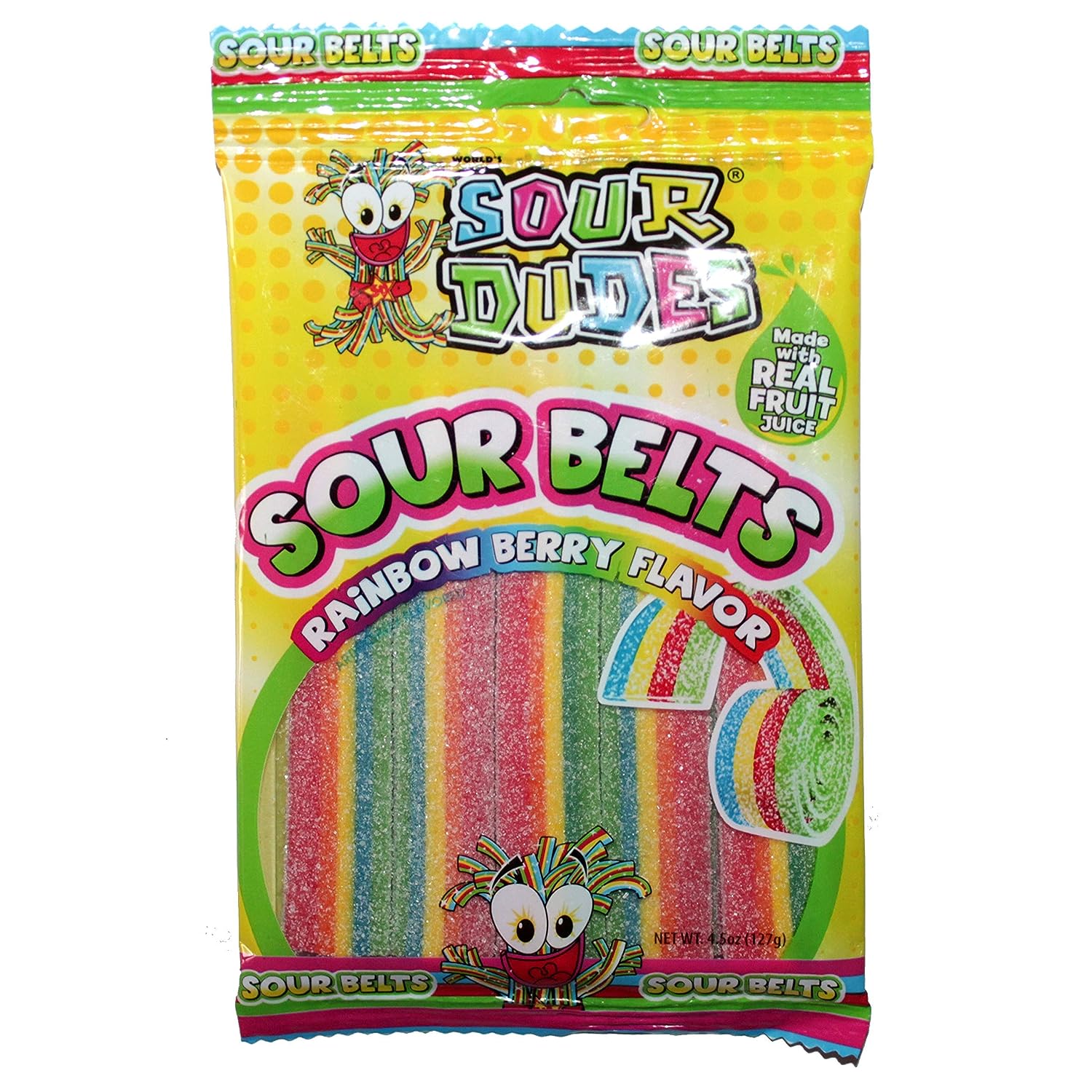 Each of our kukris/knives are creatively designed, carefully made, vigorously tested, and caringly delivered. Our vast collection caters to the need of every kukri lovers and for every intentions.

Our Knives Our Pride

Official kukri maker/supplier to the British Gurkhas on many occasions. Handmade by world class craftsmen, the “Bishwakarmas or KAMIS (born khukuri makers)”. High quality kukris/knives and service with 12000+ online buyers and 90% returning customers.

We offer 1 year guarantee and lifelong warranty so buy with no hesitance but with full confidence.

Hand forged, handmade by our highly skilled craftsmen, the Kamis, till perfection. Masterly and lovingly executed

30 years of excellence and experience

No.1 brand when it comes to khukuri with thousands of happy and returnee customers. A passionate and responsible company

We are the best in the business, more importantly, we are ORGINAL. Tested and loved quality by thousands of international & global customers.