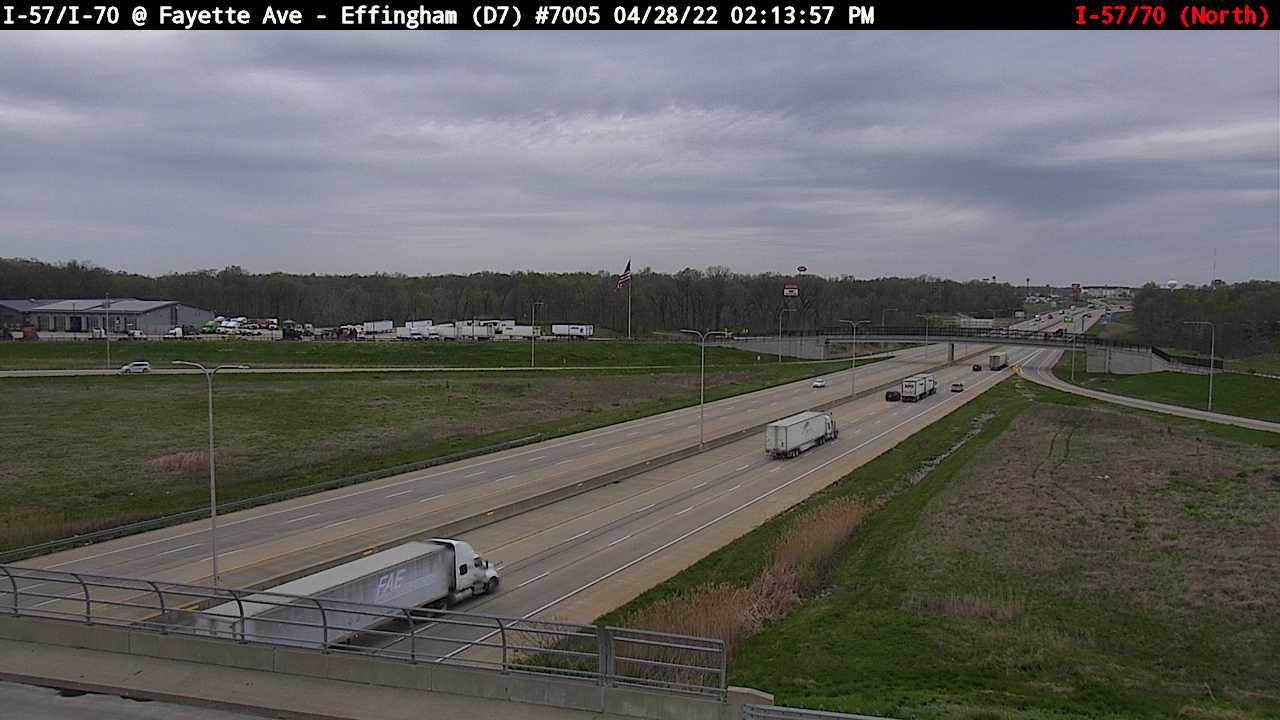 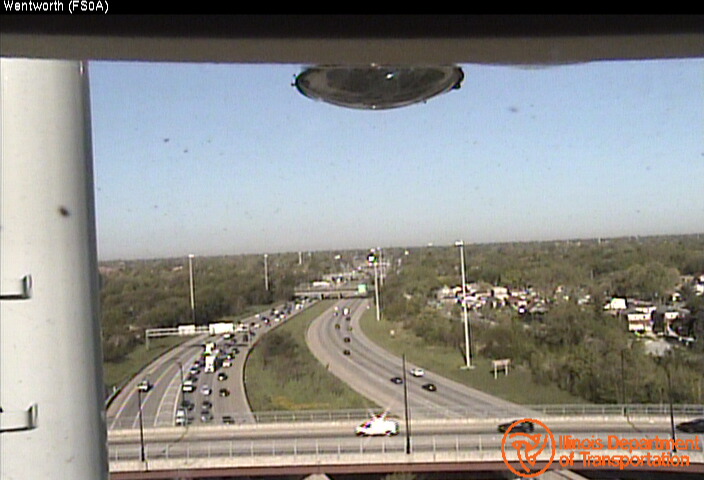 More results in our I-57 Illinois Archives

Latest Illinois I-57 Car Traffic Report From The News

More results in our I-57 Illinois Archives

Older Illinois I-57 Car Accidents Reported by Our Users

I-57 Conditions by State

I-57 Conditions by City

Both crashes happened near the Benton exits and backed-up traffic.

Drivers were urged to cautiously take alternate routes and to avoid the area.

According to an Illinois State Police (ISP) preliminary investigation, a St. Louis man was driving south on I-57 when his pick-up truck went off of the roadway, crossed the center median and rolled numerous times.

The driver of the truck, 33-year-old Kirk Wilson, was thrown from the vehicle.

The pick-up then hit a northbound SEMI tractor-trailer combination head-on.

Wilson was flown to a regional hospital with life-threatening injuries.

The driver of the SEMI, James Grimes, 46 of Laredo, Texas, was transported by ambulance to an area hospital with minor injuries.

Wilson was ticketed for failure to reduce speed to avoid an accident, improper lane usage, failure to wear a seat belt, driving without insurance and expired registration.

The second crash happened at approximately 1:20 a.m. on I-57 northbound, just south of exit 71.

ISP reports that two vehicles entered the center median at the same time and hit each other.

One of the drivers was transported to an area hospital with minor injuries.

Additional information on the second crash is expected to be released when it becomes available.

Both crashes remain under investigation.

FRANKLIN COUNTY, Ill. (KFVS) - All lanes of Interstate 57 in Franklin County, Illinois are open to traffic after early morning crashes in the north and southbound lanes.

Both crashes were near the West Frankfort exits.

The lanes were reopened just before 9 a.m. on Monday, August 30.

The Franklin County Emergency Management Agency reported that crashes shutdown all lanes of I-57 near mile post 66.

They sent out a text alert at 7:09 a.m. urging drivers to find alternate routes and to avoid the area.

Illinois State Police (ISP) said at approximately 6:11 a.m. the driver of a tanker truck, traveling in the left northbound lane, attempted to change lanes and hit an SUV the right lane.

The SUV spun out of control, hit a concrete bridge railing, went over the railing and landed on its top in a creek.

The driver, 26 year old Nikolas L. Walker, and his two passengers, 21-year-old Alyssa M. Walker and a one-month old baby boy, all of Buncombe, were transported to an area hospital with injuries. Their conditions are unknown.

ISP said the driver of the tanker, 70-year-old Thomas S. Allen, of Jackson, Missouri, was not hurt in the crash.

One northbound lane was shut down for approximately two and half hours.

Traffic was impacted at the same time in the southbound lanes due to a secondary crash.

Two bucket trucks traveling to Louisiana to help with Hurricane Ida storm relief efforts were involved in a crash at mile post 66.

The front truck slowed down and the other truck hit it in the rear.

ISP investigators believed the driver of the rear truck was watching the recovery efforts of the crash in the northbound lanes of I-57.

No injuries were reported.

Driver killed in fiery crash after hitting semi-truck on I-57 in University Park: ISP says

CHICAGO (WLS) -- One person is dead after they hit the back of a semi-truck and their car went up in flames on I-57 early Thursday morning in University Park, according to Illinois State Police.

According to preliminary reports, two vehicles were traveling northbound on I-57 near Stuenkel Road just after 1 a.m. when they lost control and crashed into the back of a construction truck. One of the vehicles became engulfed in flames, ISP said.

The driver in the vehicle that caught fire was pronounced dead at the scene, according to police. The driver of the semi-truck was taken to St. James Hospital in serious condition. Police did not say if the occupant(s) of the other vehicle were injured.

All northbound lanes of I-57 at Stuenkel Road in University Park were shut down for several hours while officials investigated the crash. All lanes were reopened as of 6 a.m., ISP said.

The identity of the victim has not yet been released.
Sours: https://abc7chicago.com/i-57-semi-truck-accident-on-today-shut-down-car-fire/11040774/
Jeff Lutz WRECKS The 57 while filming STREET OUTLAWS OKC! (He’s ok)

Tap on a row for more details.

Indiana Toll Road and Chicago Skyway incident data is only made available for full closures in either one or both directions.