Brandi Kruse is an American Emmy-nominated journalist, anchor, and reporter currently working as a correspondent for Q13 News, appearing weekdays on “Q13 News This Morning, in Seattle, Washington.” She also hosts “The Divide” a Sunday morning political program that searches for common ground on issues dividing Americans. Before joining Q13, she served as an investigative reporter for four years at KIRO Radio in Seattle.

Brandi after graduating from high school, she attended and graduated from the University of Nebraska-Lincoln in Broadcast Journalism.

Brandi is 31 years old as of 2020. She was born on July 2, 1988, in Minnesota, United States of America. Her birthday is always celebrated on the 2nd July of every year. She holds American nationality and citizenship by birth. ALSO READ: Art Myers

Brandi stands at an average height of 5 feet 5 inches (1.65 m). Information about her other body measurements is currently under review.

Kruse is the daughter of (father) John Wayne Patrick Bunnell and her mother whose name is not yet known in public. Her father died in 2019, after a lifetime of drug and alcohol abuse. She revealed to viewers that he lived out of a motel room in the years leading up to his death. She has two siblings a brother and a sister.

Is Brandi Kruse married? Brandi is not yet married but she is currently in a relationship with her fiance Mike Corney. The duo started dating back in 2018. The couples like sharing their pictures together on their social media.

Information if Kruse has a tattoo on her body is not known. However, we will update her details once reviewed available.

In August 2019, Q13 launched “The Divide with Brandi Kruse,” a Sunday morning political program that searches for common ground on issues dividing Americans.

Kruse’s information regarding her political affiliation is currently not known. However, she serves as a political correspondent at Q13 in Seattle, Washington.

Brandi working as a host and correspondent for Q13 News in Seattle, Washington earns an estimated annual salary of $76,456.

Brandi as an accomplished American Emmy-nominated journalist, anchor and reporter has an estimated net worth of $1 million.

Brandi is a correspondent for Q13 News, appearing weekdays on “Q13 News This Morning.” She gives examinations on nearby, state, and public legislative issues. In August 2019, Q13 dispatched “The Divide,” a Sunday morning political program that looks for common ground on issues partitioning Americans.

Brandi has additionally gone through quite a long while reporting on difficulties looked by those living in the city of Seattle, including psychological maladjustment and chronic drug use. Her accounts hit near and dear in 2019 when her own dad kicked the bucket after a long period of medication and alcohol misuse. She uncovered to watchers that he lived out of an inn room in the years paving the way to his demise.

Brandi is a five-time Emmy chosen one for her work covering veterans, the narcotic pestilence, and endeavors to change Seattle’s police division. The Seattle Weekly twice named her the city’s “Best Reporter” – crediting, to a limited extent, her coverage of the city’s May Day riots.

During her initial profession as a radio reporter in Seattle, Brandi was respected with nine Edward R. Murrow Awards for coverage of a portion of the area’s greatest stories. In March 2014, she went through days on the location of a dangerous landslide in Oso, Washington, enumerating the nerve-racking quest for 43 casualties and recording day-by-day reports for CBS Radio. In August 2011, Kruse went through six days in Central America looking for Jason Puracal, a U.S. Resident and University of Washington graduate who guaranteed he was wrongly detained in Nicaragua. Subsequent to finding Puracal inside a detainee transport van close to the town of Managua, Kruse was conceded an interview by Nicaraguan authorities. Bits of the interview broadcasted on CNN, and Puracal later acknowledged it for pointing out his case and assisting with getting his delivery.

Seattle's Right Has Entered Its Brandi Kruse Moment in Politics

"We don't want your money and compassion. Leave us alone and let us ruin your parks and city."Charles Mudede

At this point, the conservatism represented by AM 770 KTTH has become a joke in Seattle. No one takes Jason Rantz seriously, and everyone has forgotten about the promising political career of that Burger Prince. This created a vacuum that is now filled by Brandi Kruse, a Q13 Foxcommentator whose self-claim to fame is the ability to see beyond the divisions of current local and national politics. “The Divide with Brandi Kruse is a Sunday morning political program that searches for common ground on issues dividing Americans," states her bioon the Fox affiliate's website.

Kruse believes she isn't locked into the leftist mindset, and that she can, when needed, toss a criticism or two at the right. She is, in short, splendidly beyond ideology. And so she speaks for those who want to say something negative about homeless people but feel as if they can't do so because much of the city's politics is directed by leftist ideology and its unreasonable adherents. But she is not on the right. Kruse isn't homophobic, or racist, or a Christian nut. She styles herself as a cosmopolitan person who just so happens to see things as they are. And this aspect of her thinking, her mode of self-perception, is what makes her supremely ideological, as one of the top critics of ideology, Slavoj Žižek, would instantly recognize.

Because the goal of this post is to explain what Kruse-ism is, and it has the benefit of not being long.

To begin with, Kruse-ism is nowhere near new. It just had less visibility until the city's radio right spiraled out, as exemplified by Dori Monson's temporary suspension from covering the Seahawks after he posted a "transphobic tweet."

So here are the tenets of Kruse-ism, (its holy trinity, as it were):

• Assume that the left controls the media most people consume and therefore directs the agenda.

• Make the reasonable-sounding claim that individuals have a moral obligation to pull their own weight. This is where the idea that the homeless actually have places to go but much prefer sleeping in our parks gets its juice from. The homeless are just a bunch of horses that can't be pulled to water. The left refuses to see the fact of this. Hard-working taxpayers already spend a ton of dough on their inveterate uselessness. And so on.

• Last, but not by any means least: Register extremism on the left as pernicious and as pervasive as extremism on the right. In this world, Kshama Sawant, when standing in front of a mirror, is looking directly at Marjorie Taylor Greene. (To get my gist, you can also imagine that popular .gif of the two Spider-Men pointing at one another.) The absence of a distinction means you can dismiss a brown socialist in the same way you can dismiss an out-and-out white supremacist.

The question is: Will Kruse-ism work? The answer to this question will not be found in Seattle. Kruse-ism has no traction here. Its appeal, if it's at all substantial, is to be found outside of Seattle, and particularly in the white (hence, less diverse) suburbs of this city.

The right lost its grip on the suburbs after the crash of 2008, which wiped out large quantities of white, middle-class wealth and accelerated a diversification process that began in the 1990s as a consequence of the renewal of American urbanism.(SeaTac is now rated by Nicheas the third-most diverse suburb in the US.)

And so, the question we have today is how should this new but very screwy moderate zone in American politics be described? What is its identity? The current split in the GOP is determined by this question.

Now, no one doubts the GOP's influence in the rural areas, but a big part of the Reagan coalition that brought the New Deal era to an end (Christian nutters, white suburbia, white hicks) has been diminished, and it is unlikely that figures such as Rantz, the Burger Prince, and Dori Monson will restore it.

Enter Brandi Kruse. The battle of 2022 will be for the soul of the white suburbs. And Kruse's weapons will be clunky, blunt, and rusty. These are indeed the very same weapons that were used by the right in the 1960s. They led to "white flight." This time around, they may end with "white fright." 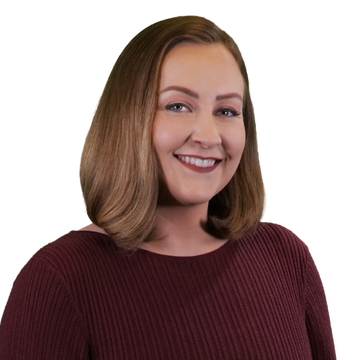 Brandi Kruse is a correspondent for FOX 13 News. She provides analysis on local, state, and national politics. In August 2019, FOX 13 News launched "The Divide with Brandi Kruse," a Sunday morning political program that searches for common ground on issues dividing Americans.

Brandi has also spent several years reporting on challenges faced by those living on the streets of Seattle, including mental illness and drug addiction. Her stories hit close to home in 2019 when her own father died after a lifetime of drug and alcohol abuse. She revealed to viewers that he lived out of a motel room in the years leading up to his death.

Brandi is a five-time Emmy nominee for her work covering veterans, the opioid epidemic, and efforts to reform Seattle’s police department. The Seattle Weekly twice named her the city’s "Best Reporter" – crediting, in part, her coverage of the city’s May Day riots.

During her early career as a radio reporter in Seattle, Brandi was honored with nine Edward R. Murrow Awards for coverage of some of the region’s biggest stories. In March 2014, she spent days on the scene of a deadly mudslide in Oso, Washington, detailing the harrowing search for 43 victims and filing daily reports for CBS Radio. In August 2011, Kruse spent six days in Central America searching for Jason Puracal, a U.S. Citizen and University of Washington graduate who claimed he was wrongly imprisoned in Nicaragua. After locating Puracal inside a prisoner transport van near the town of Managua, Kruse was granted an interview by Nicaraguan officials. Portions of the interview aired on CNN, and Puracal later credited it with bringing attention to his case and helping to secure his release.

Brandi holds a bachelor’s degree in journalism from the University of Nebraska in Lincoln.

The latest from Brandi Kruse

Abolitionist Nicole Thomas-Kennedy has been on the defensive over a series of disturbing tweets she sent in 2020, before she launched her campaign for Seattle City Attorney. 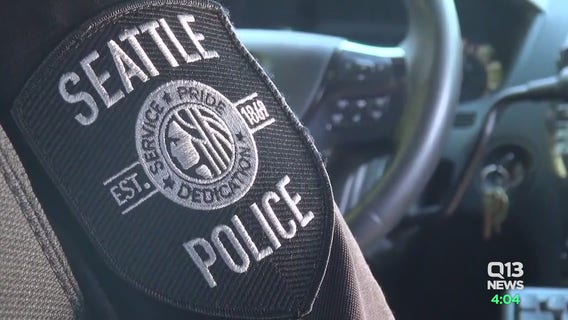 Both candidates for Seattle mayor, Bruce Harrell and Lorena González, say they support a mandate that will result in termination for city employees, including first responders, who remain unvaccinated by the Oct. 18 deadline. 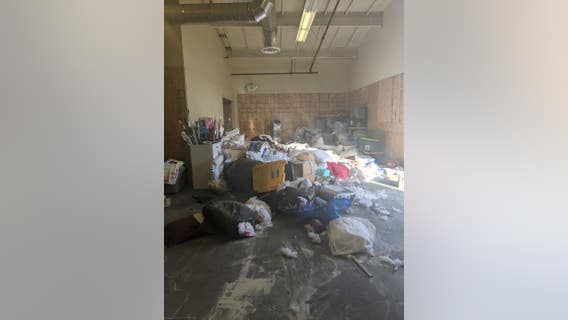 As of Wednesday, 292 sworn personnel had yet to provide proof of a COVID-19 vaccination. That number is down from 354 on Tuesday.

Nearly a dozen workers with the Washington State Department of Fish and Wildlife found out this week that previously granted religious accommodations were being revoked – leaving them just a few days to get the Johnson & Johnson COVID-19 vaccine or be fired, FOX 13 News has learned. 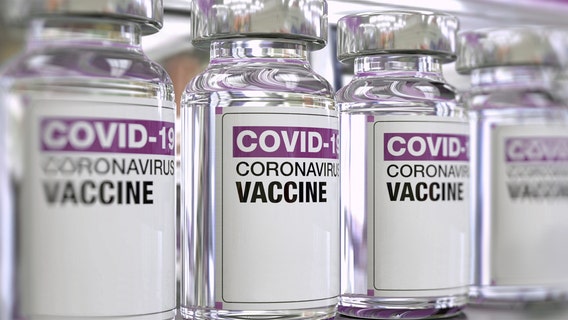 Seattle and King County Thursday announced an indoor vaccine requirement for restaurants, bars, gyms, movie theaters, and other entertainment venues. The mandate will also apply to outdoor events with more than 500 people in attendance. 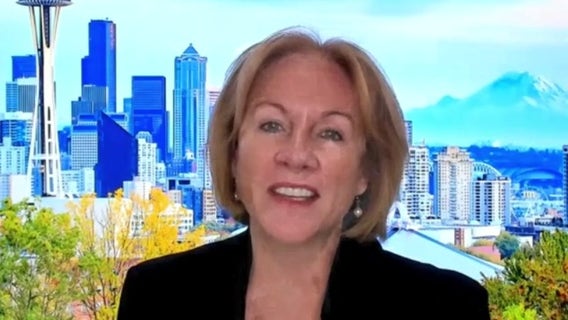 Today on "The Divide": Seattle's mayor defends indoor vaccine mandate. A Progressive Congresswoman is accused of mistreating her staff. Is it time to say goodbye to Seattle's soda tax? 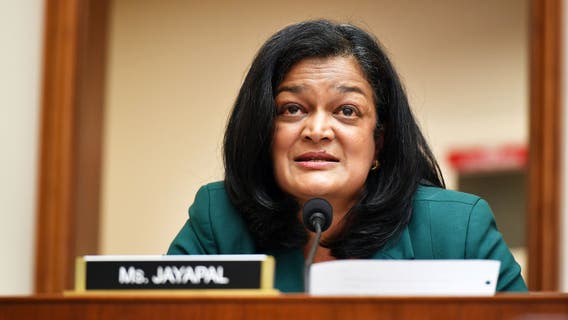 Congresswoman Pramila Jayapal is accused of fostering such a toxic work environment that some staffers sought therapy. 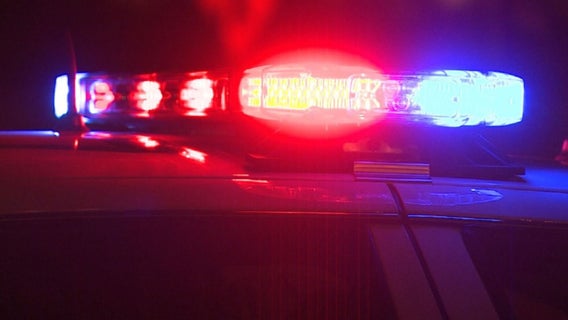 Today on "The Divide": A moment of reflection on the 20th anniversary of 9/11. Plus: Washington's COVID 'Super Bowl' victory isn't going so well. Also: Marysville Police Chief Erik Scairpon on why he'll hire unvaccinated officers.

Brandi Kruse: When in doubt, leave the Nazi comparison out